Hey y’all, I hope you’re having a wonderful day! I have been doing quite a few things lately and my college has begun, so I don’t have enough time to write posts and comment on y’all’s posts and reply to your comments, and that’s why I’m not as active as I was a month ago. So, sorry about that! I’ve been playing catch-up in the last few days, though.

Anyway, how was y’all’s Christmas? Do you celebrate it? How do you celebrate it? My family and I don’t celebrate Christmas, even though I always want to and it’s my favorite holiday (except, this year it wasn’t really a holiday because all of my classes got cancelled due to the protests in my city and my country, and the university had to ask us to attend the extra lectures so that we don’t fail). However, this year, I did quite a few bookish and non-bookish things on and around Christmas and I’m gonna tell y’all my thoughts and feelings about them in a nutshell.

1. I read The Gentleman’s Guide to Getting Lucky by Mackenzi Lee on Christmas and had SO MUCH FUN. 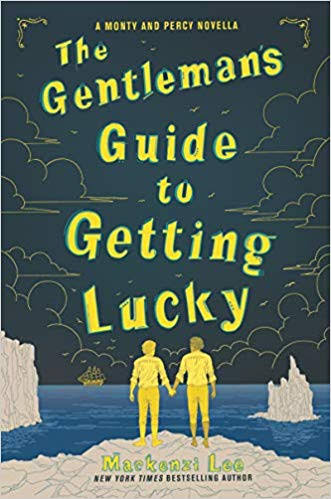 So, I had started reading this book on the 25th I think, and finished it that night. To be honest, it was such a perfect Christmas read. It’s a novella and has the story of Monty and Percy after the continental tour. It’s very cold here, so it felt good to snuggle with this fluffy book and a mug of hot chocolate. I ended up giving this book three stars, but come to think of it, I haven’t had as much fun reading any book lately and it was the first one that made me laugh out loud. It was so brilliant, so hilarious and awfully romantic. If you want to read my review of it, click here. Do not miss this novella if you’ve read The Gentleman’s Guide to Vice and Virtue.

2. I read The Gift of the Magi by O Henry again and ADORED it! 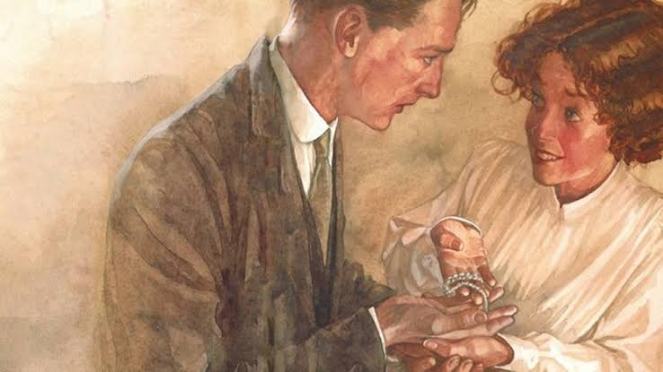 Guys, this short story is so beautiful. I didn’t read it on Christmas but it still counts if I read it two days after it, doesn’t it? Oh, it doesn’t? Anyway, if you haven’t read it already, you need to do it as soon as possible. It’s the story of Della and Jim (husband and wife, so in love with each other) who need to give each other presents for Christmas but are short on cash. They only have two valued possessions– Della’s beautiful hair and Jim’s pristine watch. It’s such a heartwarming story of love, beautifully written and is so Christmassy. It’s so short but still moves you to tears. I had read it a long time ago and when I read it again, I realized I still remembered the deets.

3. I finished watching both the seasons of The End of the Fucking World on Netflix and I am IN LOVE with it!

So, a few days (or weeks) ago, I had read the graphic novel The End of the Fucking World by Charles Forsman and reviewed it. I hadn’t really loved it, and I wanted to know if I’d love the show and…I want to shout from the rooftops that I ADORED IT. Haha, I watched it a few days before Christmas and not on the Christmas day, but I’ll watch it again to make up for it if you want lol! I have actually decided to write a review-kinda-thing for it with not-so-many spoilers and it’s coming soon. I loved the fact that they changed certain things in the series which made it so much better than the novel. Ahh, James and Alyssa are so relatable but not relatable at all. They’re my fave characters and this show is my fave show for at least a few weeks and my thoughts are incoherent so, let’s move on! You guys need to watch it! Oh, and I liked the S1 more but loved James in S2.

4. I finished the the first season of “YOU” (the Netflix series) which is based on the novel YOU by Caroline Kepnes.

I finished this one on Christmas and I’m so glad! So, I had read the sample of this book and I was like, it’s a bit huge, and the series is already out and the S2 is gonna come out soon as well, so I should instead watch the series…and I kinda liked it but didn’t adore it. It was interesting (and scary! It makes you paranoid) to watch a serial killer stalk the girl and her friends using social media, and murder people just to be able to be in a relationship with her. I actually disliked the finale and that’s probably why I did not love the show… but I’ve watched the first episode of S2 and I will watch the rest of it. I hate second seasons and sequels to the books but I need answers!🤦‍♀️

So, as you can see, I’ve read less and watched more, which has become the story of my life, lately. Anyway, how did you guys spend your Christmas? Let’s talk about it in the comments!