Hi, so I finally watched my most anticipated movie of 2020, and I noted down my thoughts while watching it. Sounds fun, right?

I did not do a review for To All The Boys I’ve Loved Before when I watched it last year, and I have already forgotten everything about it, but I am going to do it sometime soon. Yay! Maybe after my exams are over. I can not choose between the first two installments — both of them are amazeballs. How do the makers always get it right?! Now, I’m gonna tell you all what I thought as I watched the film. Let’s pretend that I don’t know how it’s going to end and that I haven’t read the book already. Allons-y!

★ Lara Jean dancing alone in her room and listening to an 80’s song is such a mood.

★ The movie has just started and I ALREADY AM IN LOVE WITH SMART-ASS KITTY! She makes me miss my sister that never existed.

★Aww, Lara Jean is so excited about her first date 👩‍❤️‍👨 Her excitement is contagious, y’all. I’m already in love with her — I always was, I guess.

★ Lara Jean & Peter look so CUTE together and I am overcome with so many emotions right now. Who cries when some fictional character you’ve come to care about is going on their first date?😭 So many heart emojis 💖💖.

★”This is my first date. I’ve never been a girlfriend before. I hope I’m good at it.” I hope nobody enters my room while I’m spilling some happy tears. Why am I even crying? They’re just so cute. I can’t help it, I guess. I’m not even a romantic person and I’m feeling things I’ve never felt before.

★ Ah, I love knowing these little things about Korean culture.

★ Look at how cute Kitty and LJ are looking here:

★ She JUST GOT A LETTER FROM JOHN 😱. I love LJ’s reactions to things lol, especially when she’s surprised. 🤭

★Classic Peter — he had to meet LJ for a coffee and he’s late. And LJ is sitting alone and she has a chair for Peter that everybody keeps asking her to lend them.

★ Here enters John Ambrose McClaren, and LJ’s reaction to him is priceless. She just fell on the floor and he’s trying to figure if she’s concussed.

★ I love how everything in this movie is bright and colorful. It’s like they’re trying to cheer you up lol, is it not? It’s a perfect remedy for a bad mood.

★ God, I missed Kitty’s matchmaking. I love when she tries to act all adult — how old is she? Ten, probably? And she’s sending Valentine’s card to their neighbor on behalf of her oblivious dad.

★ Lara Jean is baking for Peter and making a cute card with a giant sparkly heart and everything for V-Day. I know she’s going to be disappointed with Peter’s gift.

★ So, she kinda expected Peter to send these a capella guys to sing for her and she was disappointed when they didn’t.

★ Chris and Trevor, 😱 Were they a couple in the book? I don’t think so! They’re cute, nonetheless.

★ Okay, I love Lara Jean. I’m officially in love with her. And I love Peter too! He’s sweet and charming and a little caring, but… an idiot.

★ Oh, Peter is going to meet John Ambrose at the treehouse party and get jealous haha 😈. Also, John doesn’t that LJ and Peter are dating.

★ Oh, you know what, I liked the book John more than the movie John. He does not even have much of a personality in the movie and it’s making me sad. 😭 I wanted to love him more than Peter.

★ Gen is here at the treehouse. Uninvited. Peter invited her, duh. They’re digging up stuff they put in the ground back in middle school.

★ This is what happens when you’re out of touch — you do not talk to each other even when you meet. That’s so sad, you know. It makes me miss my school.

★JOHN KNOWS LJ AND PETER ARE DATING. He knows about them. And Peter is jealous of John. He is jealous LJ didn’t ask him to get the pizza🍕 and he thinks LJ was flirting with John, and LJ is mad that he invited Gen.

★ Won’t they do the game they did in the book? The one LJ wanted to win so bad?

★ They’re not gonna do that game in the movie and I feel cheated.

★ LJ and John are talking about Peter and how everybody calls him John Ambrose instead of John. Also, is Jean her middle name? 😱

★ LJ and her dad are at the grocery store and I like him with Trina, tbh. They’ll make a good couple, I guess?

★ LJ is dressed up to go to Peter’s game and Chris just dropped a bomb! 😳 I officially hate Peter again but not as much as I did while reading the book. Let’s take a minute to admire the beauty of LJ here:

★ Peter is coming clean to LJ and they’re gonna break up! It hurts. So. Fucking. Much. 😭

★ Lara Jean is crying and missing her mom, and it breaks my heart. 😭💖

★ Aw, Lara Jean and Peter aren’t talking to each other now because they’ve broken up, and they’re looking super sulky. Also, Lara Jean asked Peter if he wants the necklace back and he said yeah. He doesn’t want it. HE DOESN’T WANT IT AND I KNOW HE LOVES LARA JEAN but he won’t say it. YOU STUPID PETER! DON’T TAKE IT BACK, YOU DOOFUS.

★ I love Stormy. She knows how to have her way, doesn’t she?! And right now Lara Jean and John Ambrose are looking so GOOD together at the Snow Ball –watch the movie to know what it is. But I want her to get back with Peter. They’re endgame. There, I said it.

★ You know what? I’ll say it. I actually love Peter. I love him more than John in this movie. And I know for a fact that he was a bigger jerk in the book. But I LOVE him now. And I think I’m realizing it when Lara Jean is realizing her love for him. Again.

★ Peter is here. At the Snow Ball. So yeah, he IS HERE. And they’re gonna make-up. And he is saying I love you to LJ. And she’s saying it back. And it’s a happy ending.

That’s all, guys. Here are my thoughts, in a nutshell: I loved the movie: it’s adorable. It has a swoon-worthy romance. It is just the best thing on the planet Earth right now after warm cookies. This movie also has the most amazing soundtrack — a few of my favorite songs made the cut. There are a million things about the movie that I loved and I don’t think I can talk about them without gushing about it. So, watch it, y’all. You’ll probably fall in love with it! 💖

Have you watched it? What do you think about it? Let’s talk in the comments!

7 thoughts on “My Thoughts – To All The Boys: PS. I Still Love You // Peter & Lara Jean are endgame 💖 [CONTAINS SPOILERS & a lot of emojis]” 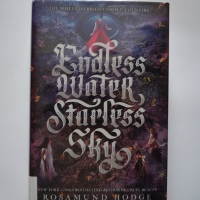 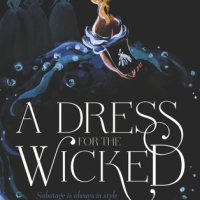 Hi, I review books, do book tags, share bookish posts, and sometimes share my thoughts on movies and other stuff.

Thoughts on Books and Video Games

“I live in two worlds. One is a world of books.”