Hey guys, I’m back. And I didn’t know blogging would be this hard after a hiatus. Gosh, why are there so many things to worry about while writing a blog post? Um, so I haven’t been around in a long time because I wanted to study for my exams, and my exams haven’t even started yet. I haven’t studied either, though. I know that nobody wants to hear me talk about my studies, so let’s do what we are here to do.

So, I read a few books in the last two months and some of them are mentioned below ↓. I probably forgot to mention the others because my memory, well, it sucks. So, here are the books:

So, I decided to read JK Rowling FINALLY and picked this one. Why not Harry Potter, you ask. I’m asking myself the same question. This is a short non-fiction book that talks about failure and the importance of imagination, as the title suggests. I am pretty sure the book doesn’t really tell you anything you already don’t know, but it’s decent because Rowling narrates her life experiences and talks about how failure shaped her, and it’s always good to hear it straight from the horse’s mouth, innit? I enjoyed it a lot and I loved reading her experiences. I think it’s pretty good and you should read it. 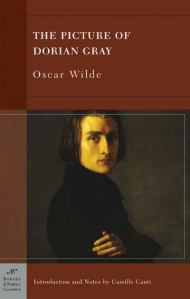 I have no idea why I read it — it’s a classic and horror, and something I wouldn’t normally read, but I just felt like reading it, so I did. It’s available on Goodreads to download, if you want to read it. I didn’t love it — I have never really adored classics as much as others do. I always thought they weren’t for me. But it had a pretty good story. I will definitely try to read more classics this year. It was okay-ish but unique. I don’t know how to explain my thoughts about it, which happens with all the three-star reads.

3. Only Mostly Devastated by Sophie Gonzales (★★★★) 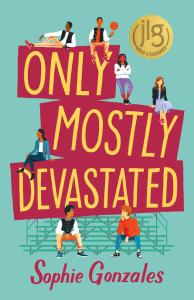 I think I would’ve done a full review of this book, but I’m just gonna tell you my thoughts in this post. So, this book is about a teen who ends up going to the same school as his summer fling due to some untoward events. However, he soon realizes that the guy he had the fling with isn’t out to anyone yet, and has been trying to give him the cold shoulder. This book is so enjoyable and I totally loved it. It’s so hilarious and so heartfelt. I was so in love with it, and I think everyone should read it. Just go and buy it. 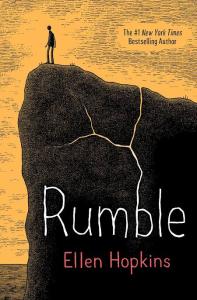 I was going through my 2016-17 books and I realized I hadn’t picked it up — I was particularly interested in it because it had an atheist character and I am an atheist too. I decided it was time to read all of the books I had wanted to read that year, including this one. I hadn’t read it because it’s told in verse, but after warming up to the format, I picked it up and I’m so glad. I loved this story and I loved the characters. It talks about certain issues you should know before picking it up and they include suicide, heart attack, anxiety, panic attacks, bullying, etc. The book was pretty interesting and hard-hitting but the ending was a bummer for me, and that’s why I ended up giving it three stars. 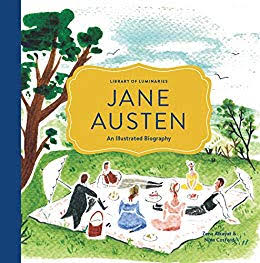 So, I had read this book in 2016 and I had found it very boring. It is very short and has so many drawings, but I had still not finished it. Also, I had forgotten all about it, so I read it again to see if I still found it boring… and I did not. I think the illustrations were pretty cool and the book was okay too, but I don’t know how to rate it? It wasn’t mind-blowing. However, this book has made me realize that I want to read Jane Austen’s work. 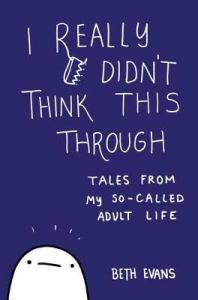 This is one of the most relatable books I’ve read this year and I’m so glad I did. This one is so funny and the author is plain amazing. The illustrations are super adorable and it probably won’t tell you anything new, but even listening to the same things you know by somebody who is an author makes you feel pretty good. I am gonna write a full review of this book, and that’s why I’m not gonna tell you what it’s about right now. 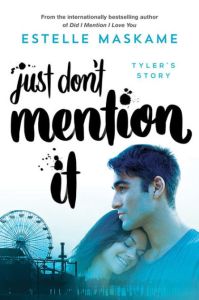 This is the fourth book in the Did I Mention I Love You series by Estelle Maskame. I actually kinda enjoyed the first book in this series and I skipped the other two but would definitely be reading them soon. These books follow the story of a girl — I forgot her name and couldn’t be bothered to look it up– who falls in love with her stepbrother. It is like the stupidest series of the whole time. Kinda boring, kinda interesting. It’s super trash, just like me. It shouldn’t be surprising that I enjoyed it. Oh, her name was Eden.

This was such a page-turning thriller that I would definitely want everyone to read. I picked it up because I loved the plot, and boy was it incredible. I didn’t give it five stars because it didn’t blow my mind or anything. It was really interesting though and I wanted to know how things were gonna play out for the characters– and also… I have never hated a character so much. I took quite a few notes while reading this one, so I will write a review for it in a few days. And I’m definitely gonna pick up some more of B.A Paris books once the lockdown is over.

So, that’s what I read in the last two months. I’ll do a post to talk about the books I’m reading right now. I hope you guys are taking care of yourself and reading some amazing books. I want to ask you guys now, what did you read this month?

36 thoughts on “Books I read in March and April”